France, the winner of the twelfth edition of the “Cooking Tuna Competition“ , the heart of Carloforte’s “Girotonno“ event. Men, stories and flavors routes focused on the so called "running Red Tuna” (Thunnus Thynnus), the international gastronomic festival scheduled from May 30 to June 2 2014, on St. Peter island (southwest of Sardinia). About 200,000 people were here last week-end to assist at this important event. The French chef Sylvain Sendra and Anne Legrand , with the recipe “Tuna Salad Nicoise” are the absolute winners of the “Girotonno 2014".

In the finals yesterday (Sunday, June 1),conducted by the presenter olympic champion “Novella Calligaris”, the Japanese chefs “Haruo Ichikawa” with his companion “Lorenzo Lavezzari” defeated the Italians chefs “Roberto Serra” and “Clelia Bandini”, thanks to the final vote verdict of the popular jury. So France won because of votes of the official journalist’s jury and Japan won because the people jury.

In the final night was also the chef Mauricio Zillo (Brazil) who have won the technical jury prize , headed by President Paolo Marchi, creator of “Identità Golose”, the first Congress of Italian cuisine, composed of journalists from all over the world. So Jury awarded “Zillo” for the “Best Presentation Dish“.

The winner of the popular Jury’s Prize chef “Haruo Ichikawa” who gained with the “M-Iyo Burger” cause the great favor of jurors who took turns in the three evenings of Tuna Competition. The food journalist’s jury ultimately wanted to reward with a special mention of the Spanish chef “Alba Esteve Ruiz” with the following motivation: “ the Jury would like to congratulate the Spanish Alba Esteve Ruiz to have demonstrated , with his” Tuna’s Ossobuco” a truly remarkable personality and ability to combine memories, technique and courage by proposing a work on tuna’s poor parts, not stopping at cuts such as the fish bone and its parts such as the vertebrae that could have disturbed the taste sensibility of more than one juror present at the table.” 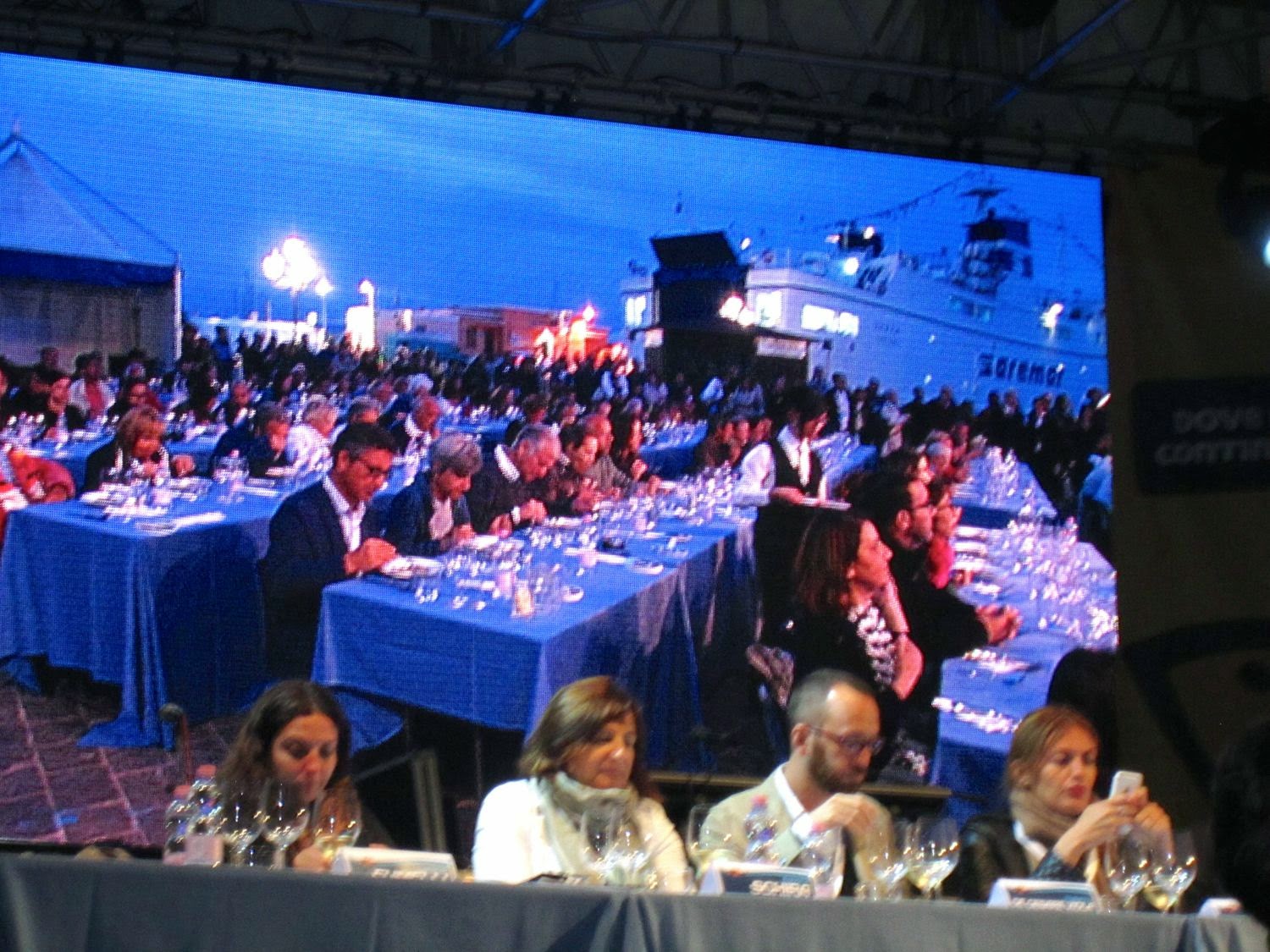 The awards were given by Deputy Mayor of Carloforte, the city councilor for Culture and the attorney Greco , owner of the tuna traps factory of Carloforte. The great contribution of the three evenings of Tuna Competition by 40 students of the professional academy “Galileo Ferraris” capable of serving hundreds of dishes tirelessly to the two juries involved in the culinary competition. The excellent sommeliers staff of “AIS” Sardinia (Italian Sommeliers Association) in the choice of wines, all strictly from Sardinia island, perfectly paired to the dishes presented by the chefs.

Losers of this cooking final competitions were the Italian chefs “Roberto Serra” and “Clelia Bandini” together with the American chef “Timothy Magee” from Nevada, USA. Italians arrived in finals meanwhile Americans were eliminated at the first semifinal session by the French who won the absolute 1st place at “Girotonno 2014”.

"Dove è la vittoria...?" (where is the victory?) says the Italian national anthem in its lyrics. Italians lost the finals probably because the popular jury didn't understand the particular dish presented at the competition although they gave lots of votes for national feelings. Personally I voted (without knowing the technical votes results) aligned with the judgment of the two juries, for the winners, but I have to say that I really enjoyed the Italian recipe,too. The dish presented was a "Low temperature slightly smoked red tuna with watermelon granita, yogurt and "Camone", a local tomato that gave the appearance of the sea coral to this colorful dish.

Some considerations have to be done about the differences of the two recipes which won the competition. The French once again shown their ability in sophistication dish making, respecting a Mediterranean flavor. Meanwhile Japanese reached an easy victory with an original and innovative "Street Food" recipe that immediately met the favor of the general public. I love high level gourmet recipes by I am also very fond of "Street Food" concept she is strictly related to a high quality and tradition wherever is geographically.

What is the "M-Iyo Burger":

The course aims to be a meeting between the East and the Mediterranean worlds: from the black sesame bread, to the “Yuzu koshou” and red onions in Teriaky sauce, from the Sardinian suckling pig bacon to the buffalo mozzarella with the Sardinian “Camone tomato that we love so much. A designer who has studied Manga made the mat for the tray and Alberto Piras (Sardinian) Best Sommelier of Italy in 2011 (worked with chefs Sadler, Cracco and currently at Aimo e Nadia’s place) studied an unusual combination: “Shochou-Tonic” a Japanese rice liquor with Tonic “Fever Three” and shiso (a variety of Japanese basil). In a period where the street food (especially in Milan) is so popular, the authors intended, with this recipe, to add their own contribute to the world of “quick street food”. The name of the dish is a tribute to the staff of the restaurant Iyo in Milan,Italy, where the cousin is sophisticated and very creative. The idea of the “M-Iyo Burger” came out from an episode occurred in the restaurant when a little kid asked for a burger instead of the regular menu. So the Japanese chef without having any regular meat created, right at the moment, a red tuna fish version to the traditional American burger. Off course this recipe has been redefined much better up to the actual perfection. 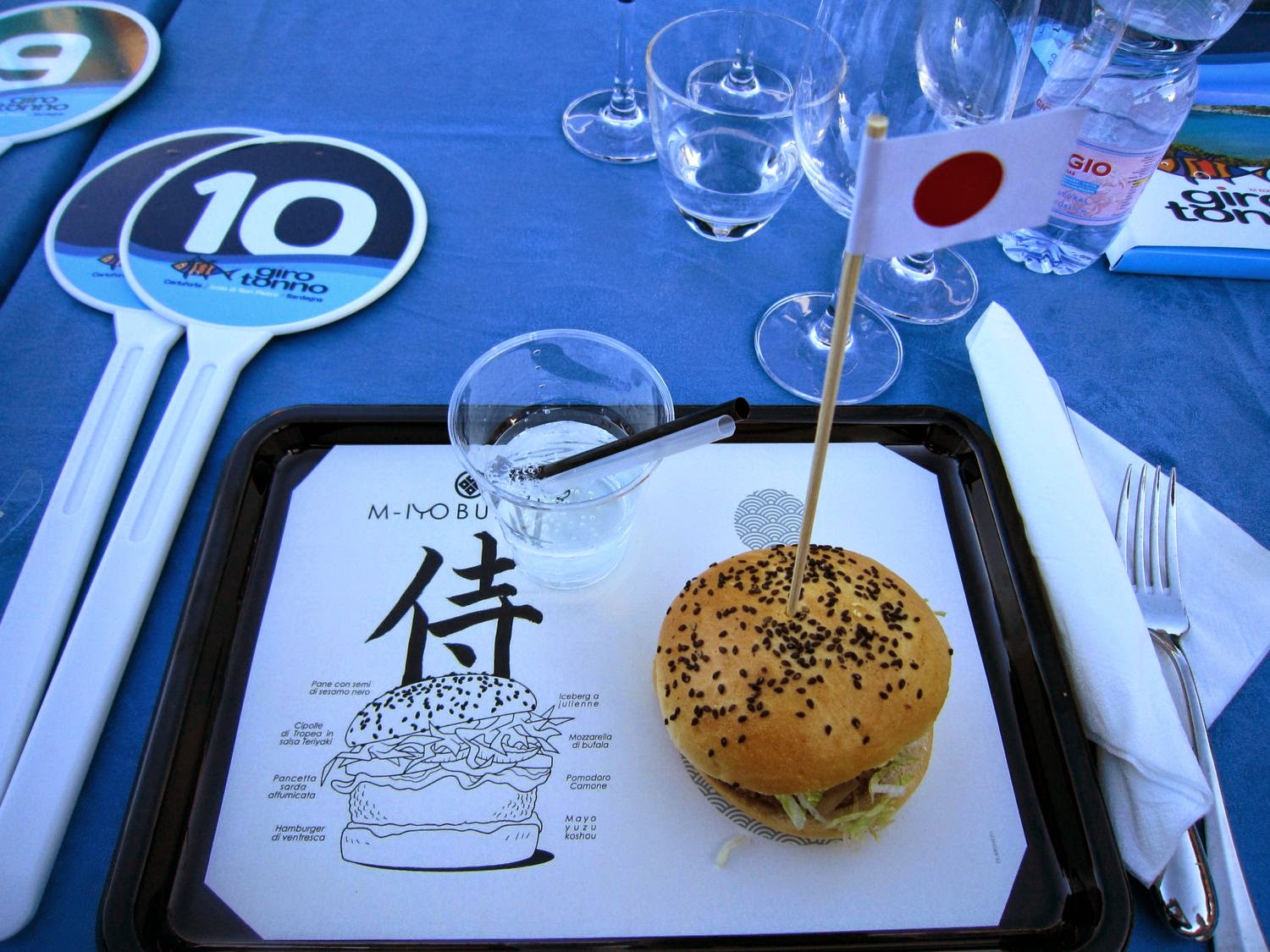 article by Luca Centoni, pictures by Maria Grazia Sanfelice
Posted by Travelscore Magazine at 4:25 AM 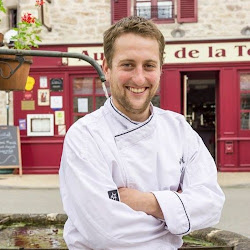 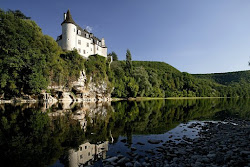 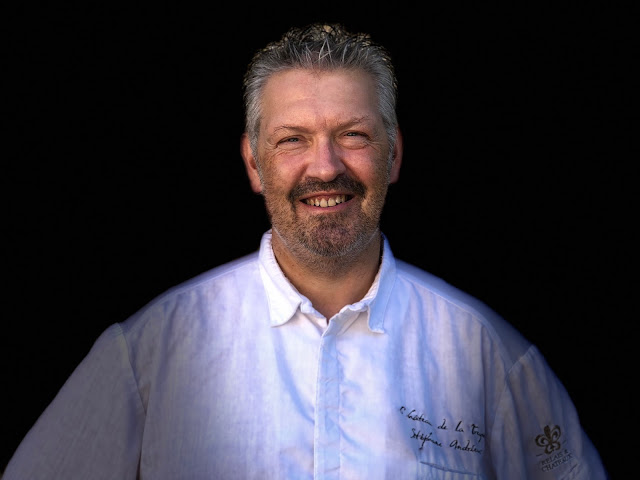 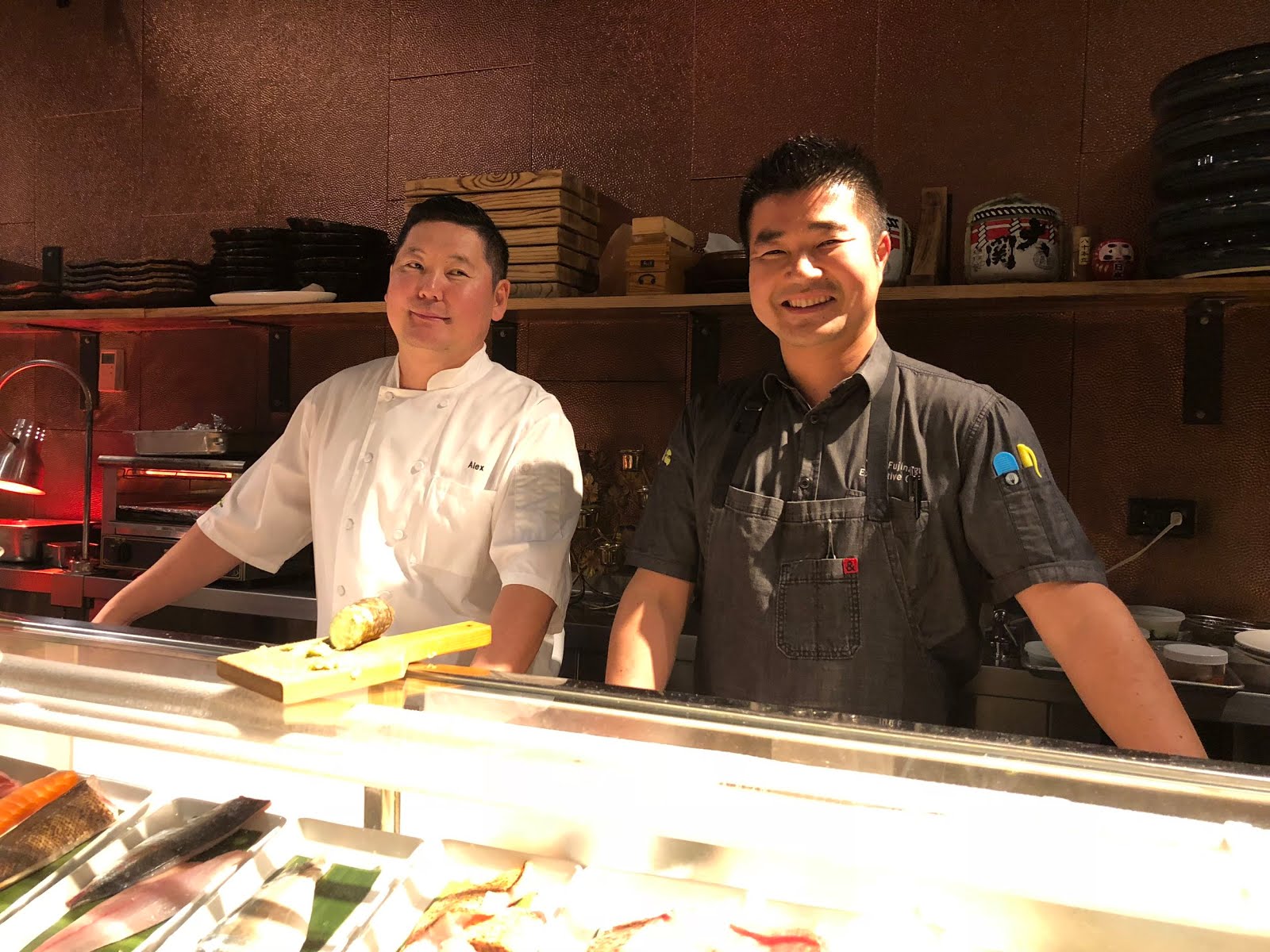 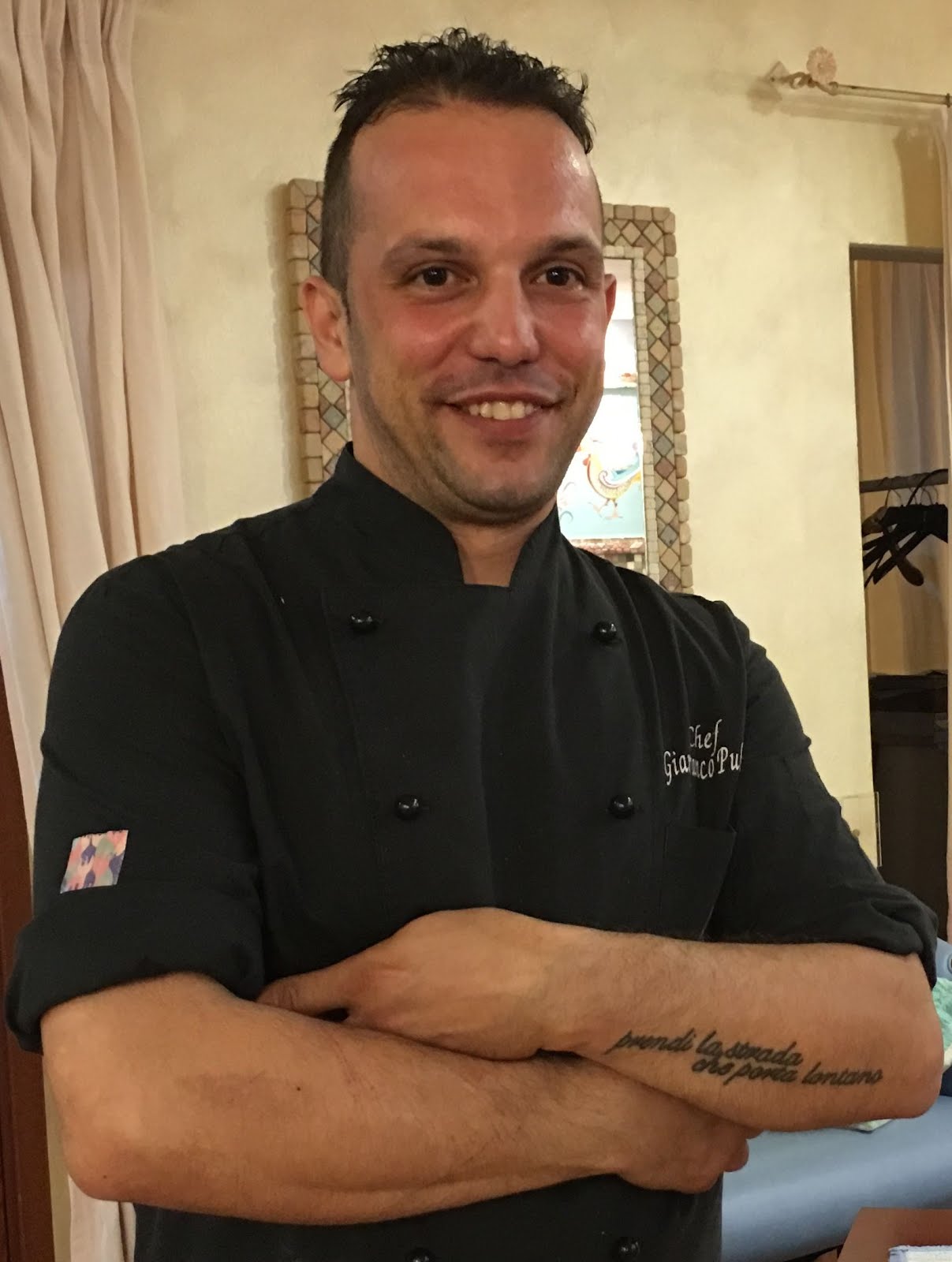 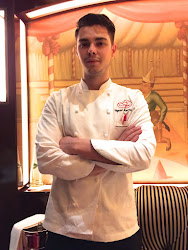 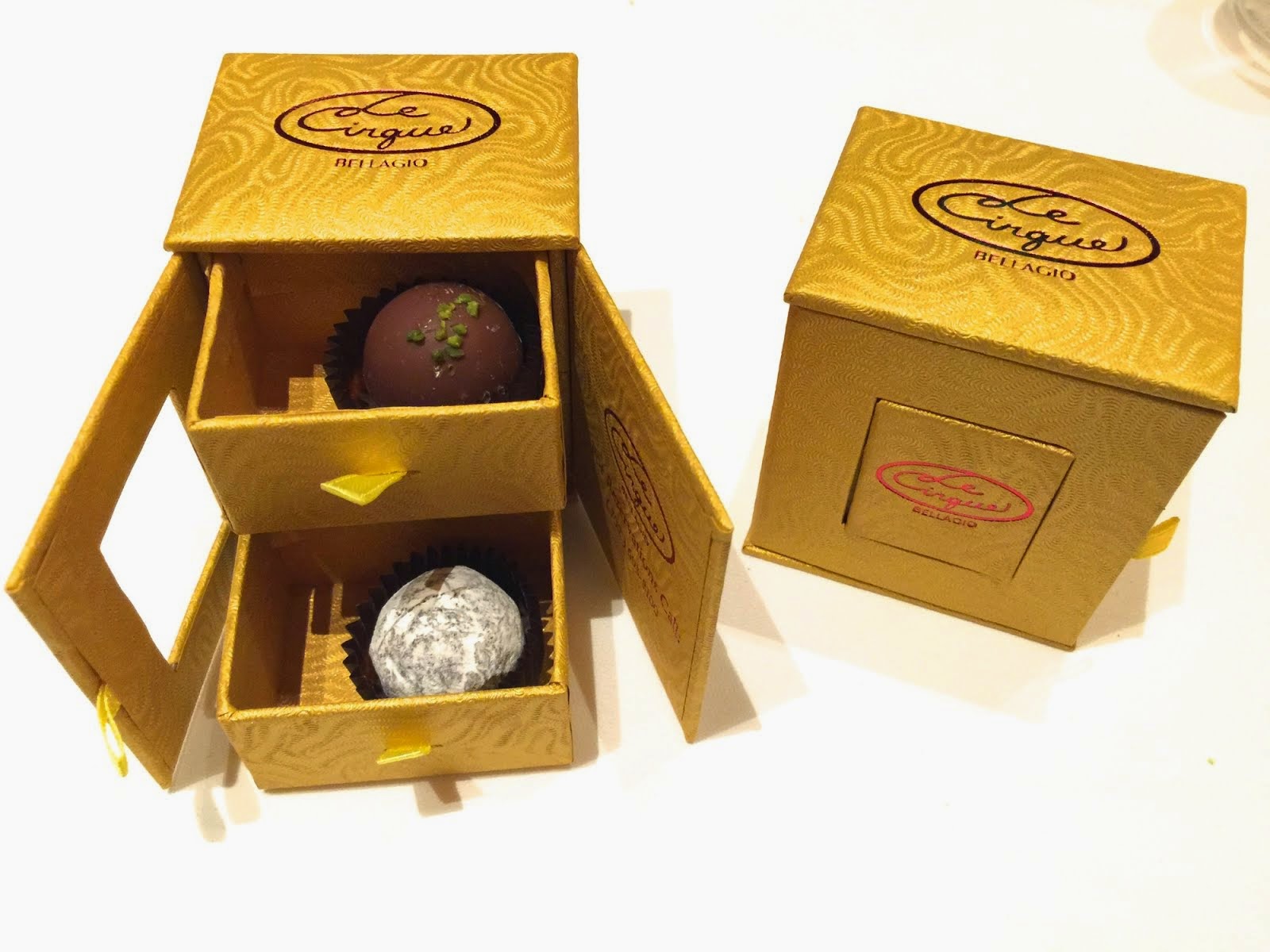 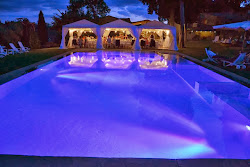 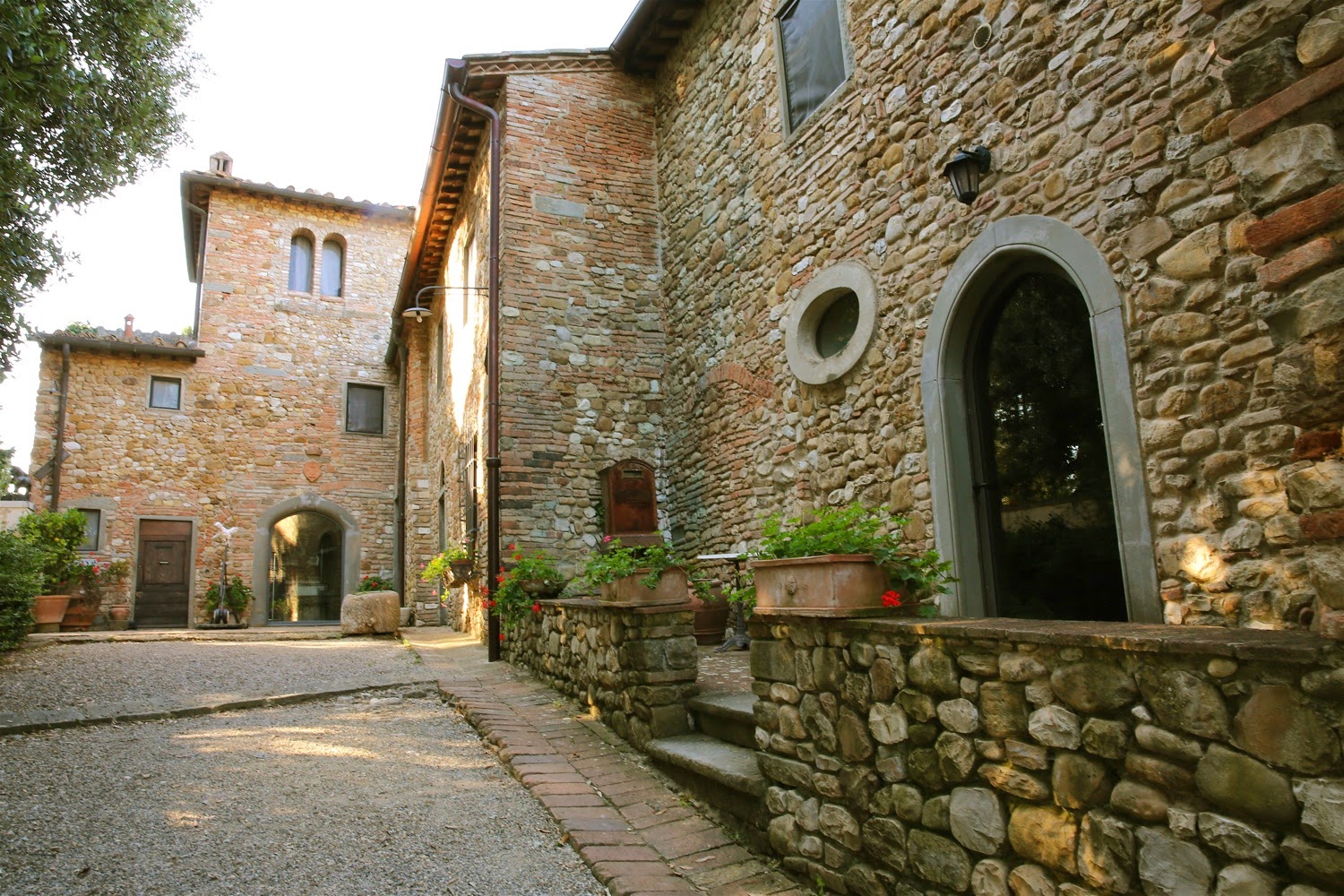 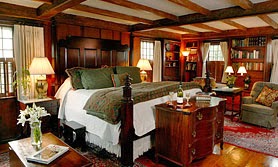 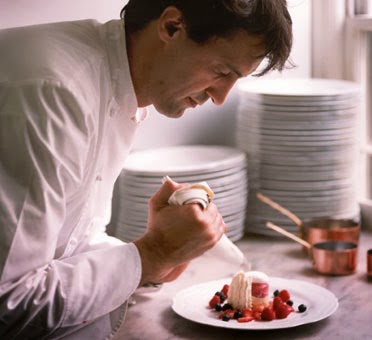 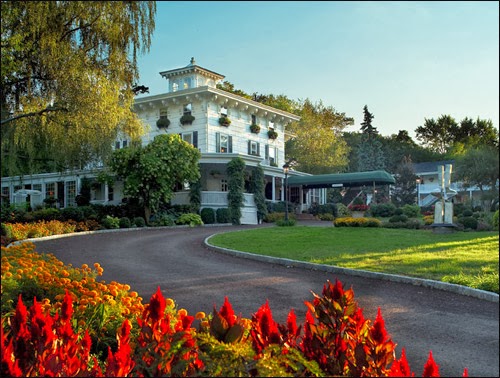 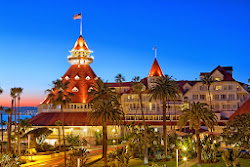 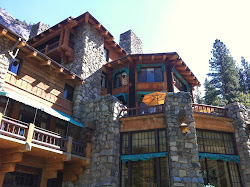 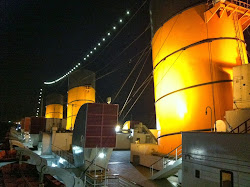